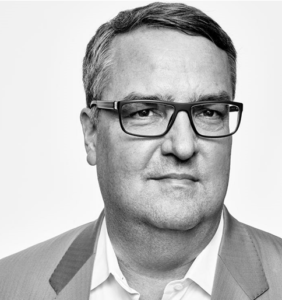 New York – Two months after Chilewich’s acquisition by a private equity firm, the company is welcoming a new CEO with retail roots.

The textiles developer announced that John McPhee will succeed Joe Sultan as CEO, effective immediately, and has joined the company’s board of directors.

McPhee spent a decade as president of Design Within Reach, the modernist furniture retailer he bought, transformed and sold to Herman Miller in partnership with John Edelman, who is also a member of the Chilewich board of directors.

Most recently, he led contemporary footwear company Sam Edelman, where he served as president beginning in February 2020 and steered the $200 million business through unprecedented times.

“Chilewich is what I like to call ‘a startup with scale,’ where I can bring my entrepreneurial expertise in e-commerce, branding, retail, real estate, and team building to lead this great organization to worldwide success,” said McPhee.

In their ongoing roles as members of Chilewich’s board of directors, Sultan and company founder/creative director Sandy Chilewich will work closely with McPhee and John Edelman to ensure a smooth leadership transition. The four have known one another for decades.

“John McPhee is the best executive to lead Chilewich into its next chapter while remaining true to what we stand for – original design,” said Chilewich. “He is an outstanding leader with broad retail and trade experience, uniquely deep knowledge of our industry, and an extraordinary history of managing and growing design-driven brands.”

Sultan, who began serving as CEO in 2001, expressed confidence in McPhee’s ability to unlock future opportunities for the company.

“He comes aboard at an ideal time to build upon the momentum we have built across all parts of our business, from our strong presence at retail and wholesale to our thriving contract, hospitality, and transportation divisions,” said Sultan.

Founded in 2000, Chilewich’s woven coverings for tabletops, floors, walls, window and more are made entirely in the United States and available in more than 100 countries. The company’s factory is located in Chatsworth, Ga.