Menomonee Falls, Wis. – After a tumultuous 2022, Kohl’s CEO Michelle Gass is leaving the company and will join Levi Strauss within 18 months as its new CEO.

She will resign both her position and her seat on Kohl’s board of directors effective Dec. 2.

The board has appointed Tom Kingsbury to serve as interim CEO until a permanent successor is named.

Kingsbury joined the board of directors in April 21 as part of a settlement agreement Kohl’s struck with a group of activist investors who had been seeking Gass’ ouster and the replacement of the entire board of directors. Kingsbury was one of three nominees on the activist slate who were added to the board at that time.

Prior to joining Kohl’s board, Kingsbury had already stepped down as president and CEO of Burlington Stores. In addition, he had been senior EVP of Kohl’s and held several management positions at The May Department Stores Company, including president and CEO of its Filene’s division. He is currently a director of Tractor Supply Company, BJ’s Wholesale Club Holdings Inc. and Big Lots.

“Tom is highly regarded and perfectly equipped to take the role of interim CEO, and the board looks forward to working closely with him and the team to facilitate a smooth transition process and continue driving Kohl’s strategy,” said board chair Peter Boneparth.

Gass joined Kohl’s in 2013. Under her watch, Kohl’s added Amazon return stations to stores in 2017 and began rolling out Sephora shop-in-shops last year. She and the board successfully battled back another board overhaul attempt by activists earlier this year. The group was pushing for the sale of Kohl’s, and while Kohl’s nearly completed a transaction in June, it ultimately fell apart. Recently, Kohl’s began opening small-format stores in areas where it has no presence. Gass has billed the move as a $500 million opportunity.

“Under her leadership, the company has driven a strategic transformation, expanded its partnerships and brand portfolio, and supported an inclusive and collaborative culture. On behalf of all Kohl’s associates, we wish her well in her next endeavor,” said Boneparth.

The board also formed a committee of the board, led by Michael Bender and including Christine Day, Margaret Jenkins, Boneparth and Kingsbury, to oversee the search for a new CEO.

“Despite a challenging economic environment, Kohl’s is well positioned for long-term success with its unique off-mall store footprint, omnichannel presence and loyal customer base,” said Kingsbury. “The board and I are committed to the continued refresh and innovation strategy Kohl’s has begun, the cornerstone of which is the terrific partnership we have with Sephora.”

Gass stated, “I am incredibly proud of what the team at Kohl’s has accomplished and I’m very confident in their ability to drive continued innovation, growth and value for customers. Kohl’s associates and brand partners are an inspiration to me, and I am truly grateful to have had the opportunity to work with this great team and company.” 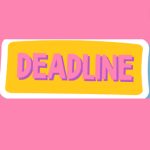