ATLANTA — Buyers will have new home and gift products to see and source at High Point Market in October. 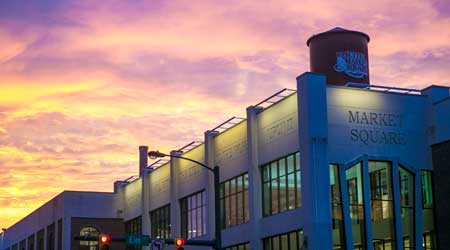 During a press conference held during Atlanta Market, officials from International Market Centers announced that Shoppe Object will debut in Historic Market Square during the fall market, Oct. 14-17, just one year after IMC acquired the New York trade show for juried home and gift lines. More than 100 curated brands, including artisanal, design-driven products, will be featured at Shoppe Object on the third floor of the Historic Market Square building.

“IMC’s expansion of Shoppe Object at High Point in October is particularly exciting after several years of focus on market recovery,” said Bob Maricich, CEO for IMC. “It signals renewed focus on strategic growth and expansion for IMC in 2023.

“The High Point presentation of Shoppe Object will be as equally engaging as Shoppe Object’s New York Market but with a focus on furnishings and décor,” he continued. “The launch of Shoppe Object at High Point Market delivers an additive business opportunity for buyers and sellers alike giving the very best designers and home furnishings retailers even more reason to shop the furniture capital of the world.”

According to IMC, the new High Point edition will reflect Shoppe Object’s “distinct, community-driven energy and ethos,” with a singular emphasis on home product to best serve High Point’s retail and interior design audience.  The product mix “will be object-focused with an emphasis on design-led and maker-generated items,” officials said.

“It’s a timely endeavor,” said Jesse James, Shoppe Object’s founder and show director. “We’ve found that many of the brands in the Shoppe Object community are specifically seeking opportunities to expand their exposure to interior designers and architects, and there is no better place to do that than in High Point.