We chat with Erin Kleinberg, the founder of the genre-defining digital brand The Coveteur, CEO and owner of Métier Creative (an award-winning advertising and branding agency), and founder of Sidia. In this episode, Erin shares loads of information for ambitious creatives – you’ll want to take notes if you’re currently in the midst of building a brand. As she says, it’s a tough road to take – especially for perennially under-funded women entrepreneurs. 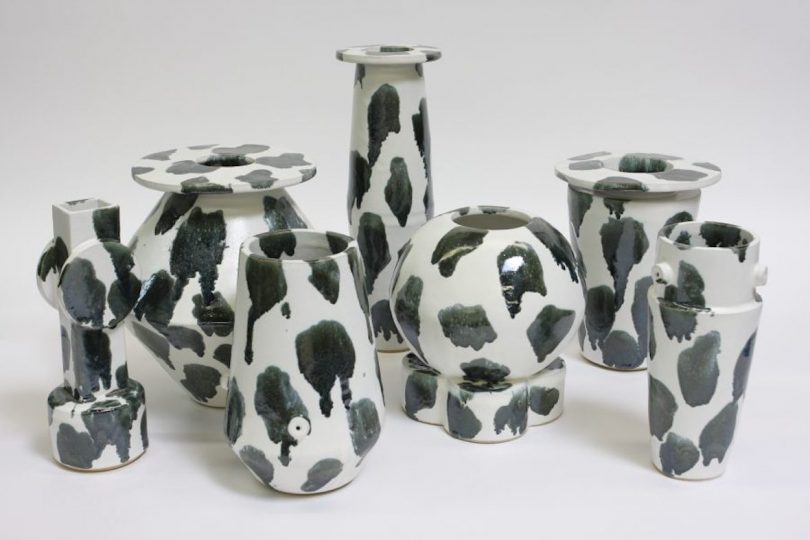 We’re lucky Bari Ziperstein had the time to sit down and chat with us about her early work, why she challenges her work to operate on such a large scale, and the relationship credibility in her fine art practice and sales. The Los Angeles-based CEO, creative director, and fine artist opened a 9,000-square-foot studio – which she needed to produce work for her BZIPPY line of ceramic furniture and housewares and Bari Ziperstein Collectible Design, as well as for her fine art practice. 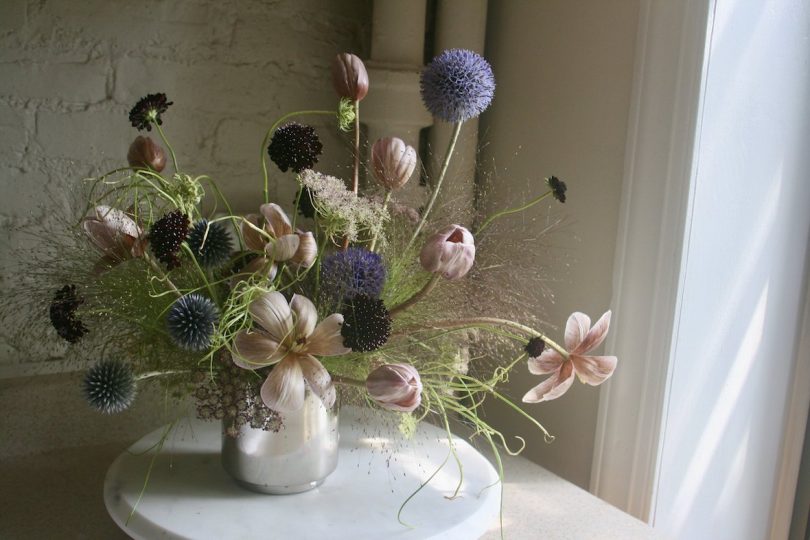 As the founder of Future Flowers, Jennifer Huynh has worked with some of the biggest brands in the country – from fashion and beauty mainstays like Christian Louboutin and Saie to Cash App, the billion-dollar payments service. Her background in the fashion industry is evident in her work’s beautifully measured aesthetic – never too much, always surprising, eternally new. For all those reasons we were delighted to ask Huynh to talk through some of our burning floral questions: How can we make our home bouquets a little more beautiful? Who does she most want to work with? And why are so many bouquets stuck in seasons long past? 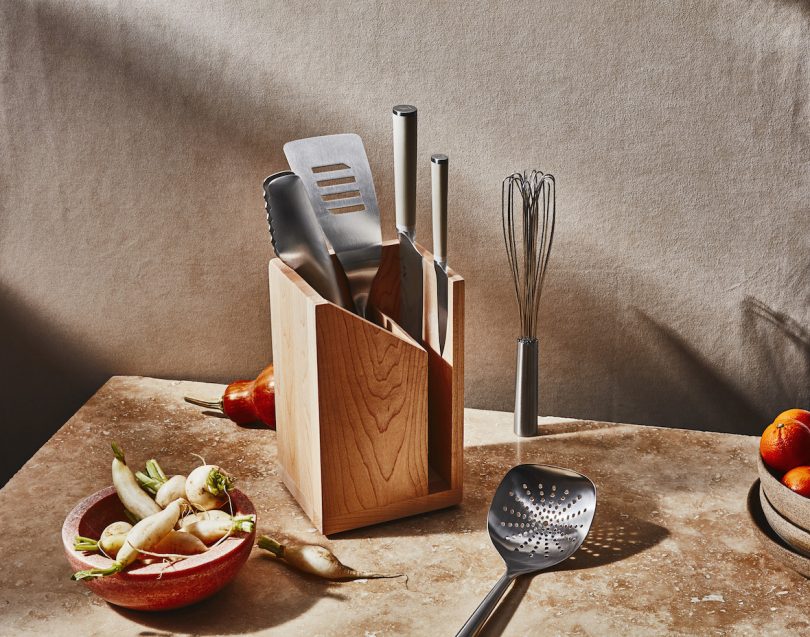 We speak with Material’s co-founder and CEO Eunice Byun about the significance of Asian American and Pacific Islander Heritage month, and how her Korean heritage manifests itself in her work. Eunice also shares the secret behind landing a product on Oprah’s list (“luck and a prayer”) and her rationale for spending a little bit more on Material goods rather than buying plastic at a big-box store. No one names paints better than Natalie and Caleb Ebel, the husband-and-wife co-founders of Backdrop. The sense of fun, creativity, and purpose defines the LA-based line, and it’s so persuasive that the paint brand is the only one we know of to have a merch line. The pair also chats about finding their niche within an industry that often trades on exclusivity (“The five-star experience at the three-star price is the best of all worlds,” Caleb says) and about the “color of the year” trend – a yearly marketing event that Team Backdrop seems happy to skip. 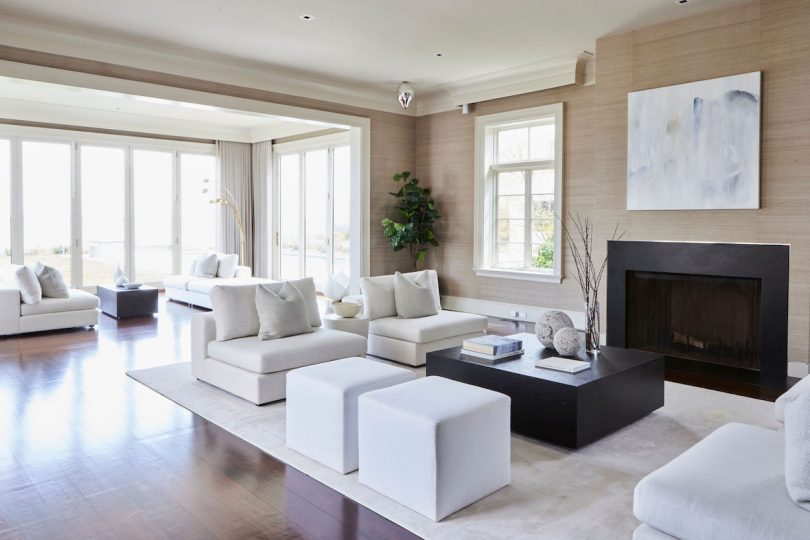 Leia T. Ward, founder of LTW Design, stages eight-figure properties – as she puts it, homes ranging from “$1 million to $20 million and everything in between.” This Milkshake shares a few of the lessons from working with these beautiful properties, like an $11 million waterfront home in Del Mar, California, that’s emblematic of her staging approach, with her trademark “bold neutrals” and soft, minimalist style. 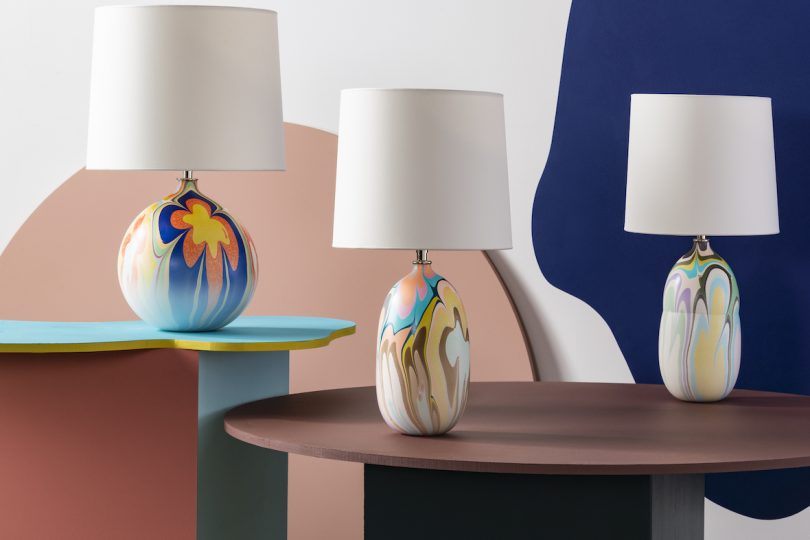 We talk to Elyse about the dividing line between art and commerce, where she’s finding “happy vibes” these days (beyond her own brilliantly cheerful work), and what she’s most excited to be working on right now. We also get a glimpse of her studio. Behind her you’ll see rows of vibrant objects, including several samples from her Hydro line of lamps. They’re the perfect reference point for her work: gorgeously colored, beautifully shaped, and the product of exceptionally intensive processes that create one-of-a-kind surfaces – here, dazzlingly marbled. 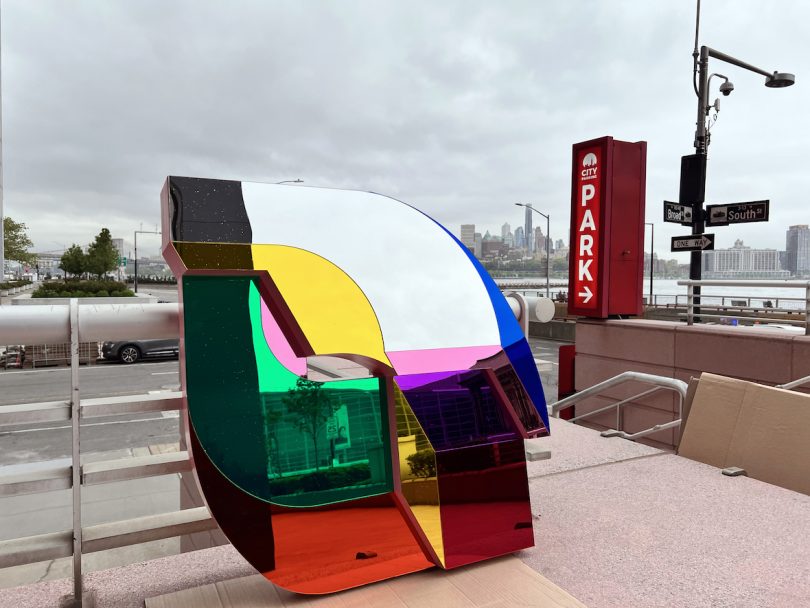 “Unfortunately, the current furniture market is oversaturated with minimalistic beige objects,” says interdisciplinary designer Mana Sazegara, who joined us from her studio in New York City. “And the reason for that is to attract more customers and more users. And [the powers that be] see bringing novelty and color to the object, and to the furniture, as a risk factor.” If that’s true, Sazegara’s furniture design is risk defined. Sazegara shares more about her new body of work and how she chooses her dynamic color palettes. Lauren Rottet’s portfolio looks like something out of Succession: jaw-dropping interiors with spectacular Manhattan skylines, fit for modern-day royalty. As the founding principal of Rottet Studio, she’s led the design of more than 40 luxury hotels and some of the world’s most exclusive addresses, including 200 E. 83rd Street in New York. In the episode, Lauren chats with us from her home in Houston, sharing her many influences and how she confronts the pressures of working with global talents.

And the most popular DMTV Milkshake episode of 2022 is… 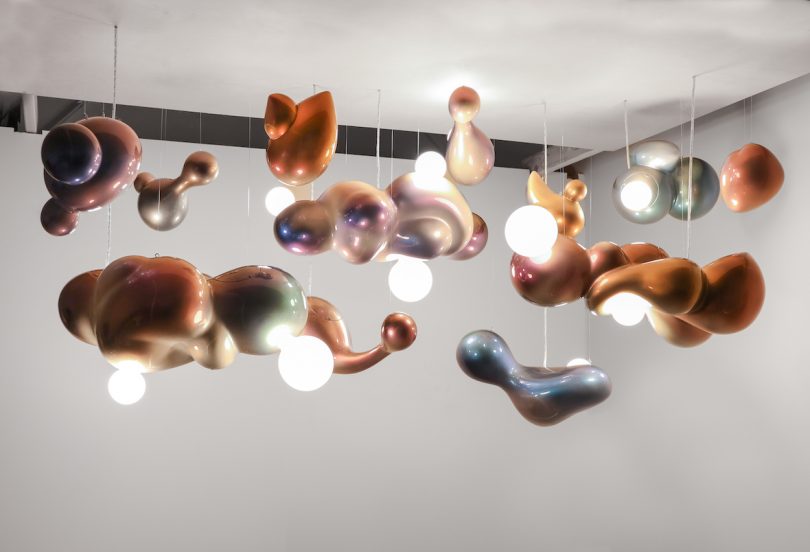 The founders of Studio.Oong, Joonghan and Jin – who met at the Cranbrook Academy of Art after studying woodworking and fine art, and fine art and metalsmithing, respectively – talked to us about working between art and craft, the value of fantasy in their work, and if they see themselves as working in the same cultural vernacular as the Korean artists and entertainers whose work has found such fame and influence internationally – including BTS, Blackpink, and Squid Game.

As the Lifestyle editor, Vy Yang is obsessed with discovering ways to live well + with intention through design. She’s probably sharing what she finds over on Instagram stories. You can also find her at vytranyang.com.